October 2020 Déjà vu? Bitcoin pullback at $38K has traders at odds over next move 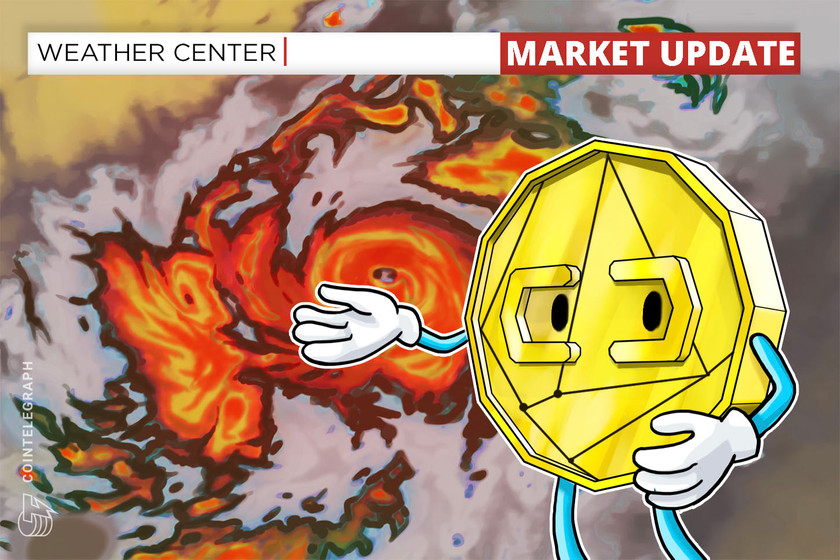 Bitcoin consolidates below $38,000 following yesterday’s rally above $40,000 while altcoins give back most of their gains.

The wider cryptocurrency market entered a period of consolidation on July 27 following Bitcoin’s (BTC) brief spike above $40,000 the day before that helped ignite a rally across the market and brought a renewed sense of optimism to the market.

Data from Cointelegraph Markets Pro and TradingView shows that a mid-day attempt by bulls to lift the price of BTC back above the $40,000 level was rejected resulting in a price pullback to $37,500.

While Tuesday’s price pullback may suggest that Monday’s rally was simply a short squeeze, others point to the rising Grayscale Bitcoin Trust (GBTC) premium, which is now at the highest levels in months at -5.88%, suggesting that institutions are once again betting on more BTC price upside.

Rumors that Amazon would begin accepting cryptocurrency payments in 2021 helped ignite the market-wide rally seen on Monday, though officially denied by the company later on.

However, as pointed out by pseudonymous independent market analyst Rekt Capital, Bitcoin’s price chart shows a fractal pattern that is similar to the price-performance in October 2020, just before BTC price began its run to a new all-time high.

When was the last time #BTC broke beyond the 50-day EMA resistance?

This is when $BTC formed a very similar fractal of Bitcoin’s current price action#Crypto #Bitcoin pic.twitter.com/2acUC9KoeV

If a similar pattern plays out in the current market, Bitcoin’s price will see a continuation of the uptrend that the Amazon rumors initiated.

Not all of the available suggests a continuation of the upward momentum, however, as was pointed out by Jarvis Labs analyst and co-founder, Ben Lilly, who has been monitoring on-chain data to gain deeper insight into the most recent pump, particularly with Ethereum’s London hard fork slated for Aug. 4.

“Onchain activity and demand hasn’t showed up. Pair this up with Amazon news as fake and shorts getting rekt, I wouldn’t be surprised to see low $30ks be4 1559.”

An example of bearish bias, however, was provided by the pseudonymous Twitter user Bear Wolf, who saw Monday’s developments as nothing more than a short squeeze amid a wider bear market.

Altcoins give back gains

A large percentage of the gains seen in the altcoin market on Monday were given back on Tuesday as the euphoria from the Amazon rumors subsided.

Dogecoin (DOGE) and Solana (SOL) were the two hardest-hit tokens in the top 20, seeing losses of 10% and 10.8%, respectively, while Monday’s top performers Strike (STRK) and Venus (XVS) both dropped by 16%.

A pair of 30% gains from Axie Infinity (AXS) and MyNeighborAlice (ALICE) marked the best performances of the day while the blockchain-based identity management solution Civic (CVC) saw its price increase by 20%.

The views and opinions expressed here are solely those of the author and do not necessarily reflect the views of Cointelegraph.com. Every investment and trading move involves risk, you should conduct your own research when making a decision.