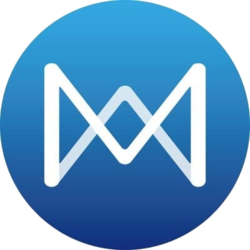 QuarkChain is a secure, permission-less, scalable, and decentralized blockchain. One of the goals of QuarkChain is to utilize sharding technology to deliver over 1 million transactions per second (tps). Essentially, QuarkChain markets itself as a peer-to-peer blockchain with a high capacity throughput to help deliver fast and secure decentralized applications. The team behind QuarkChain created this blockchain to resolve the issue of scalability that all the major blockchains are currently facing. The team feels that because of the urgency of this issue, the Bitcoin community simply cannot afford to wait until they all agree on a solution. Instead, they feel that by offering different solutions, such as the one inherent in QuarkChain, this compels the community to split via a hard fork and find the solution that works best.QuarkChain encourages increased decentralization through multiple cheap nodes that then create a cluster that works as a super-full node. This prevents the high expenses associated with super-full nodes when the tps gets high. In terms of protection, all transactions within QuarkChain get the protection of 50 percent of the network’s hash power. This makes a double-spending attack incredibly challenging, particularly when combined with QuarkChain’s decentralized nature.QuarkChain relies on a two-layer blockchain structure. Sharding blockchains known as shards are the first layer, while the second layer is a root blockchain that confirms the shards’ blocks.The major work on QuarkChain began in Q2 2017 with research into the problem of blockchain scalability. In Q4 of that year, the team drafted the whitepaper. In February 2018, it released the white paper and completed verification code 0.1. March 2018 saw the 0.1 versions of both the wallet and testnet. Now in Q2, the team is working on the testnet 1.0 and smart contract 0.1. In Q4 2018, the team will have the QuarkChain Core 1.0, along with the mainnet 1.0 and the SmartWallet 1.0. By Q2 2019, both the SmartWallet and QuarkChain Core will be in their 2.0 versions.QuarkChain is a decentralized blockchain network that aims to resolve the issues of scalability that plague existing networks by using sharding technology. In this way, QuarkChain can dramatically extend the usefulness of blockchain technology since many applications are limited by the scalability of existing blockchain networks. The project is still in progress, but QuarkChain has already made many positive steps and already began invite-based beta testing for the testnet, showing significant progress and potential.The main features of Quarkchain are:1. Reshardable two-layered blockchain: Quarkchain consists of two layers of blockchains. We apply elastic sharding blockchains (shards) as the first layer, and a root blockchain as the second layer that confirms the blocks from the first layer. The second layer that confirms the blocks from the first layer. The second layer is flexible to be resharded as needed without changing the root layer.2. Guaranteed security by market-driven collaborative mining: To ensure the security of all transactions, a game-theoretic framework is designed for incentives, where at least 50% of overall hash powers are allocated to the root chain to prevent double spending attack on any transactions.3. Anti-centralized horizontal scalability: In any blockchain network with a high TPS, a super-full node can be extremely expensive, which encourages centralization. In contrast, QuarkChain allows multiple cheap nodes forming a cluster to replace a super-full node.4. Efficient cross-shard transactions: Cross-shard transactions in QuarkChain can be issued at any time, and confirmed in minutes. The speed of cross-shard transactions increases linearly as the number of shards increases.5. Simple account management: There is only one account needed for the entire blockchain (shards) in QuarkChain. All cryptocurrencies from different shards are stored in one smart wallet.