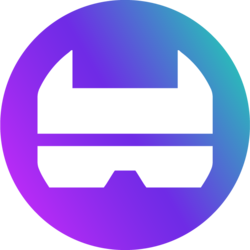 Starbots is a BattleBots-inspired universe and the first-ever robot battle NFT game where players create fantasy robots to fight against other competitors, then collect NFT items and GEAR tokens.Robots come in a variety of shapes and sizes. The body, weapon, gadget, and wheels are the four components of a complete robot. Players are allowed to collect these various parts, build and power up their own robots.Players can gain GEAR tokens through strategically assembling robots, winning battles, completing missions, and conquering new lands.Earning activities: Competing in PVP battles to win championship prizes Conquer planets in PVE to get Loot Box & GEAR tokens that are needed to upgrade robots. Collect robot parts via Loot Box and sell them on the marketplace Starting in 2022 players can earn a governance token, BOT, which represents a real slice of the game universe as it has governance rights and fee-sharing built into it.To ensure open, transparent ownership and a liquid, secure marketplace, Starbots is developed on the Solana Blockchain. Players will have complete control over their robots and will be able to trade and sell them in a secure and efficient manner.